The world loves its terminologies and nomenclature. IT and CRM are no exception.

Big data made its mark on the world. This was a term given to the data that was so large, complex that the traditional Analytics tools could not handle them - think social interactions, world’s population growth etc. This was a term that made sense because you needed to treat them differently.

Then, analysts claimed there will be an era of Small data. In fact 2014 was supposed to be that exact year. Even the main stream press carried articles on small data - incl. this piece in The Guardian, an article by eWeek among others got more than few readers and clicks I can dare say. 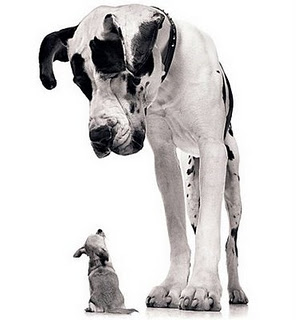 Allen Bonde and Rufus Pollock started talking about small data at a while ago. The definition of small data by Allen Bonde goes like this..

Without going into a lot of details - what are we saying here?

Yes, certainly. But that is what each IT system was supposed to be doing since it was invented?

Specific to CRM - data demographics are really important to know.

You don’t want data management overkill while (rather unsuccessfully) trying to collect all information from customers and their dogs. At the same time, you would want to keep abreast of what data patterns may prove useful to you.

For example, a financial company may not be directly related to how many family members does the customer have and their age. But, the information could help them advice clients when there are changes to tax laws related to school tuition fees.

This has been around for quite sometime now - as long as customer data systems existed. Terming something as “era arrived” when it was already existing since a zillion years is not exactly fun.