Today was the beginning of the “all new Salesforce”.

And, it wasn’t exaggerated - by and large. It is a fact of life that things get judged by the appearance. Salesforce has been an excellent CRM product but the UI, though functional, has looked dated for a while.

The antiquated UI has been pointed out and talked about by commoners and the greatest of analysts alike. The ‘change’ was expected to happen sooner rather than later. The harbinger of the change was, of course, Lightning.

Let there be Lightning

The Lightning story unfolded in a way familiar to enterprise application developers.

Salesforce unveiled the Lightning framework last year. Lightning components can enable an altogether new experience for Salesforce UI. The underlying code is compartmentalized, is easy to maintain and quick to implement.

This year, Salesforce AppExchange underwent a change to serve as a platform for Lightning components. AppExchange now had components in addition to the apps (and Consultants!).

Lightning Components are enabled for mobile devices at the org-level. It is currently under beta for Salesforce1.

And, then came Lightning App Builder.

App Builder enables administrators to ‘develop’ the Lightning UI without coding. You just drag and drop components to build a fully functional UI - the holy grail of UI development. You could also reuse the components across the board, or use third party components similar to Apps on the AppExchange. 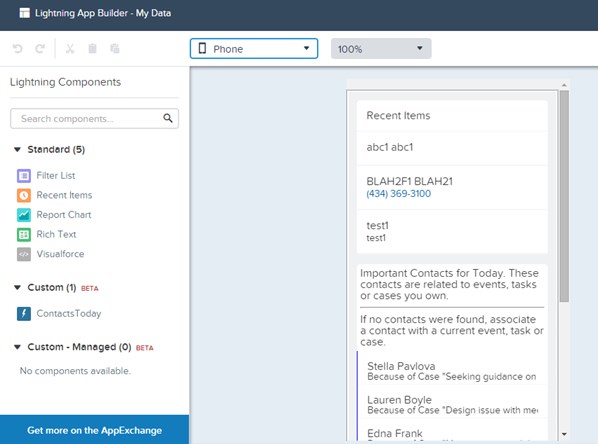 You could also build the desktop UI and see with the greatest satisfaction as it renders correctly for phone and tablets.

The question for long time Salesforce-watchers (with lesser hands-on experience like me) - where is Salesforce going with all this? We now had -

Though I have limited development experience on “current” development platforms - it was fairly evident that Lightning was indeed powerful and seems much more integrated.

I would have bet on Lightning as the way forward -

The reusable component ecosystem for Lightning just solidified that claim. You could now pick and choose any UI experience and enable it for your org with clicks and not code.

That is so typical Salesforce.

What impressed more than anything else was just how easy it was to build reusable Lightning components using a modular approach. You could just use any component on the fly and get all the features through a markup - that would sell itself when it hit the mainstream.

That is precisely what happened today. It was only a natural evolution that today’s “all new Salesforce” was a lot of Lightning.

Salesforce today announced to the world the future of Salesforce UI. Surprise, and yes - that was Lightning. 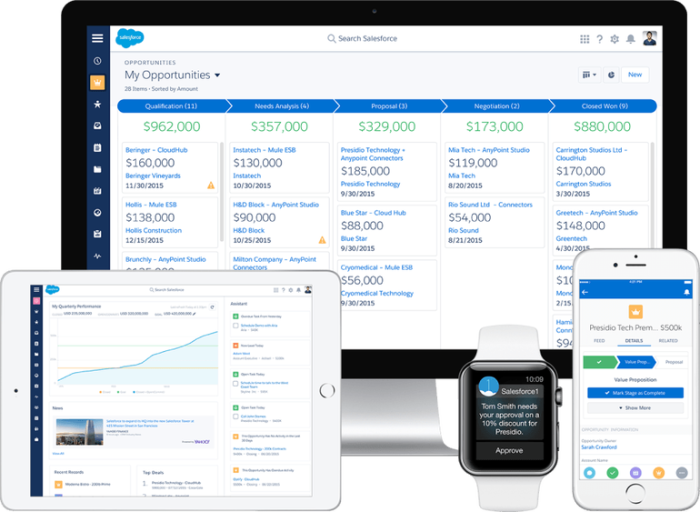 The UI development (using ‘Aura’ framework, which is open sourced by Salesforce) has been in development for a few years now, and we see that collective effort come to fruition.

The new UI experience is packaged as “Lightning Experience” and unleashed to the market. Salesforce has also released a revamped “Lightning Design System” that provides best practices for developers and designers to build their UI that integrates seamlessly with the rest of Salesforce application.

Lightning positions itself comfortably in the Salesforce architecture. 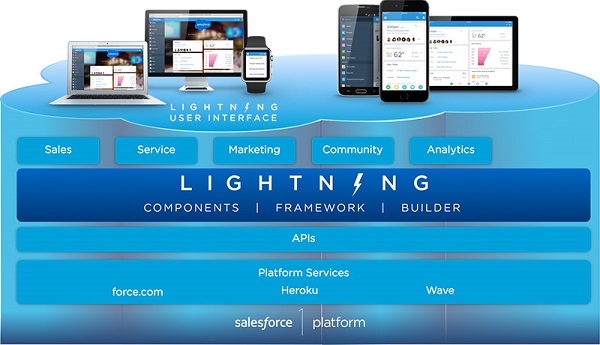 As with anything new in Salesforce, the administrators and product owners are being given a heads-up. The roll out of Lightning UI is dependent on the org (for now).

Get Started on Lightning

Trail Head has pretty impressive courses for administrators as well as for other trails. That is where you have to go if you are wondering about how to get this to your users.

If you are completely new to Lightning or Salesforce, Trail Head Lightning modules can get you up to speed in a fun and exciting way. Head over to Trail Head Modules, and check “Lightning” on the right-hand side.